skip to main | skip to sidebar

Officials in Democratic Republic of Congo are colluding with foreign logging firms to support illegal logging, harming local communities and risking the destruction of the world's second largest forest, a report by a campaign group says.

Derelict ports in Congo's riverside capital Kinshasa are piled high with logs ready to be shipped out to China and Europe as part of the lucrative timber trade.

Much of the timber has been harvested using permits signed by the ministry of environment in direct contravention of Congolese law, advocacy group Global Witness said in the report.

Congo's forest is part of the Congo Basin that spans six countries in the central Africa region covering about 500 million hectares, over 130 million of which is in the Congo. It contains thousands of species and a quarter of the world's remaining tropical forest.

According to the report on Thursday so-called artisanal logging permits - meant only for small scale tree felling by Congolese nationals - are being awarded to foreign firms.

The companies then use industrial methods to cut and export large quantities of wood out of the country, while sidestepping the environmental and social obligations demanded of industrial logging operations.

Attempts to bring order to Congo's chaotic forestry sector have seen a ban on all new industrial logging licences since 2002, but this has done little to improve the situation according to Colin Robertson, one of the report's authors.

"Basically this is a new system to get around the moratorium... Officials have been giving out artisanal permits to industrial loggers, and it's created a completely chaotic situation in the forests," he told Reuters.

Robertson said that licences seen by Global Witness - many of them for Chinese or Lebanese companies - had been signed by a former environment minister.

In the heavily forested province of Bandundu at least 146 artisanal logging permits have been issued in the last 2 years according to the report, which also shows evidence of some firms having cut far more than is allowed by artisanal licences.

Local chiefs are paid off with anything from motor bikes or beer to allow the trees to be felled, while rural communities see no benefit at all, the report states.

Congolese conservationists say the situation is as bad if not worse elsewhere in the country, which is home to 86 million hectares of forest.

Victor Vundu, director of the ministry of environment's legal team said they were working on clarifying and tightening up legislation under a new minister.

"It's not surprising, in a post conflict country where the administration has been really weakened, that the state should be accused of not sufficiently controlling the application of the law," he said.

Industrial logging output from Congo has dropped in recent years and currently stands at around 350,000 m3 per year, as companies say that without far tighter regulation they cannot compete with the illegal market.

Congo signed a contract with Swiss company SGS in 2010 to introduce a traceability programme for the logging trade, but they are still waiting for the green light from the government to go ahead, according to Lionel Nardon, head of the SGS project in Congo.

Nardon said they had already identified more than 100 000 m3 of illegal wood in Kinshasa's ports and described the sector as being like the "wild west" in which contraband timber is traded in the port before being transported out by lorries under the cover of darkness.

"The cost (to the Congo) is millions of dollars, and to the forests, it is incalculable," he said.
Posted by Tshilumba at 10:04 AM No comments:

MBUJI MAYI, DR Congo, Sep 5 2012 (IPS) - Despite the desperate lack of access to water for domestic use in Mwene Ditu, in the central Democratic Republic of Congo, Dieudonné Ilunga spent a good part of July blocking up residents’ wells. “They’ve dug them in old cemeteries, in newly-demarcated lots, next to toilets,” said Ilunga, head of the Water Resources Research Department in the city, the second largest in DRC’s Kasaï-Orientale province.

Just ten percent of Mwene Ditu’s 600,000 residents are connected to the water supply network – and even for these lucky few, water flows through the taps only on Monday and Friday. Vianney Muadi, a mother of two in the city’s Musadi neighbourhood, said she stores as much water as possible when it runs. “Sometimes, we go whole weeks without access,” she told IPS. “But drinking water must not be left open to the air,” said Ilunga. He wants to see the network rehabilitated and extended into outlying neighbourhoods, but the public water utility, REGIDESO, is facing severe challenges across the province. Few of the 3.3 million residents of the provincial capital, Mbuji Mayi, are served by the city’s aging pipe network. “Our network only reaches 3,000 clients, and basically all of them are in Mbuji Mayi,” admitted Jean-Pierre Mbambu, head of the REGIDESO’s water works in the city. Pipes are frequently damaged by uncontrolled runoff from rainwater. And even when these breaches are repaired, the utility is often unable to pump water, due to power outages.

The provincial administration has tried to help with diesel to power generators, but this is a costly option – especially with REGIDESO struggling with funding problems linked to bankrupt customers. The many people who are not connected to the grid have to fend for themselves. Dozens of boreholes have been drilled, particularly in Mwene Ditu, and in other parts of Kasaï-Orientale province in the east of the country. People have also turned to rivers and springs near various towns for water. “But these supply points are badly looked after and even less well protected,” said Placide Mukena Kabongo, head of the National Rural Water Department (SNHR) in Ngandanjika, some 90 kilometres southeast of Mbuji Mayi. He said his staff members were doing their best to explain to people how to prevent contamination of their water sources. “SNHR dug 578 wells and constructed 480 water points in eight of the 16 territories that make up the province,” Mukena told IPS, adding that these waterworks dated back to colonial times though they were rehabilitated by the SNHR after independence. Many other shallow wells have been dug by unemployed youth trying to earn a living. “But they’re doing this without respecting standards, making the quality of the water doubtful,” said Kankonde. He also complained about the use of unclean buckets to draw water and the absence of drainage to keep dirty water from pooling around the wells. “We took a dead toad out of our well one day last year,” Adjany Tshimbombo told IPS.

Since then, Tshimbombo, a student at the University of Mbuji Mayi, won’t drink the water without boiling it first. The unsurprising consequence has been increasing rates of waterborne disease, according to provincial medical authorities. Dr. Musole Kankonde, head of hygiene at the provincial health department, told IPS that diseases like diarrhoea, dysentery, bilharzia, and typhoid fever are affecting increasing numbers of people, striking children and adults alike, in both rural and urban areas. “In just the first half of 2012, we recorded more than 79,000 cases of diarrhoea and dysentery, with 29 deaths,” said Jean-Pierre Katende Nsumba, the doctor in charge of disease control in the province. Kankonde told IPS that his hands were tied when it comes to addressing the problem. “I can’t forbid people to drink water from wells or springs. All I can ask is that they maintain wells carefully and treat their drinking water to avoid falling ill,” he said. His colleague Nsumba said people in the province are generally unable to afford water purification tablets. “I advise that all drinking water – whether it comes from REGIDESO, rivers, springs or wells – be boiled before use to prevent disease,” he said.
Posted by Tshilumba at 9:03 AM No comments:

The Only Way to Help Congo 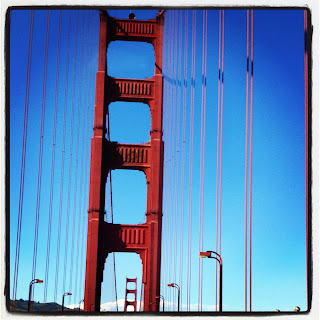 Posted by Tshilumba at 4:53 PM No comments:

Posted by Tshilumba at 2:45 PM No comments:

Posted by Tshilumba at 1:16 AM No comments:

Posted by Tshilumba at 10:17 AM No comments:

CONTRIBUTE to Our Cause

Send Membership Fees and Donations to: